While enclosing the government memo received in the reference cited, all Project Officer of SSA in the state are requested to organize the suggested programmes d activities in all Schools / all KGBVs / Bhavitha centres and in all other institutions under their jurisdiction during the week from 23rd September,2019 to 2nd October, 2019 to be followed by year-long activities culminating i Gandhi Jayanti on 2nd October, 2020 as per the scheduled detailed below: 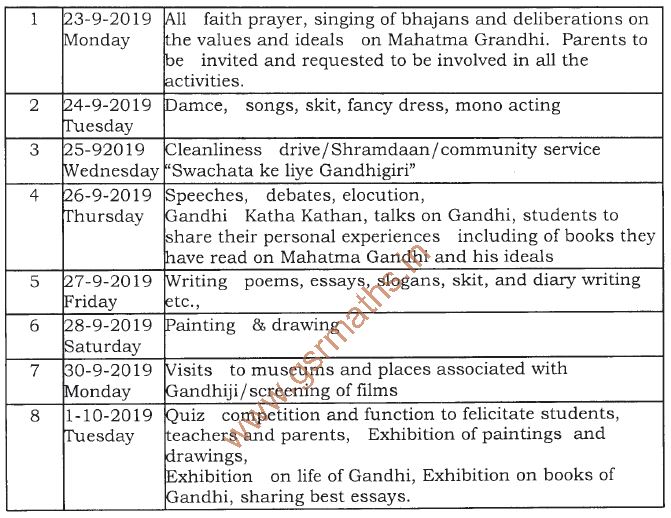